An Ode to Grandad – The Nicotine Mint

It was around hole seven or eight
That my language did degenerate
Disapproving glances fell my way
As grandad continued to play.

My wee white ball went left and right.
As grandad produced near perfect flight
As frustration grew I threw my club
As my ball disappeared into a nearby shrub

Grandad didn’t know what to say.
He’d never before seen me this way.
“I know what you need” he said
“A mint will help you clear your head”.

He reached into his pocket and rumbled about.
I stood and waited with my grumpy pout.
The treasure was revealed amongst some lint.
The answer to my prayers? – a nicotine mint.

When I say nicotine I’m talking pure yellow
For grandad was a pipe smoking fellow
It must have lived there for many a year
I just stared at it, frozen by fear.

He watched me and waited
The outcome was so clearly fated
With a deep breath it went in my gob
Grandad said “that’ll do the job.”

I sooked and sooked and he was spot on
Within a few minutes my grump was gone.
My golf was still rubbish but I didn’t care.
Life’s about these moments we share. 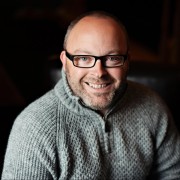